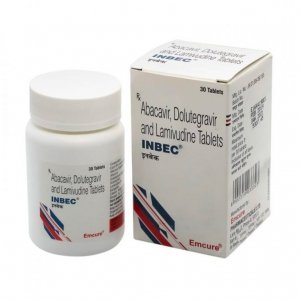 Inbec is a modern antiretroviral drug that contains three components to fight the human immunodeficiency virus.

Lamivudine has a high bioavailability, which is 86%. In turn, the value of this indicator in dolutegravir strongly depends on the intake of food and the fat contained in it. Its maximum concentration in the blood is detected in 2-3 hours after administration. Abacavir is absorbed in an amount of 83% and accumulates in the plasma after 1-1. 5 hours after use.

Lamivudine has a low affinity for plasma proteins and circulates in the free state by 64%. It has a static effect, manifested by the ability to stop the formation of new viral particles, which directly depends on the work of the reverse transcriptase enzyme

Abacavir actively binds to Transporter proteins and is able to penetrate barriers. It also stops the reverse transcriptase from working.

Lamivudine, abacavir and dolutegravir are mainly excreted by the kidneys.

The drug is prescribed exclusively by a doctor, self-administration of this drug is prohibited.

The standard dose is 1 tablet per day. Food intake does not affect the effectiveness of the medication.

During the treatment of this viral infection, preference should be given to regular use of drugs without delays and omissions. Any changes (skipping the dose) should be reported to the doctor for further recommendations.

Lamivudine as undesirable effects can cause dizziness, headache, myalgia and joint pain, flu-like syndrome, changes in the General blood test.

The common and most significant effect for all three drugs is the ability to cause allergic reactions that can become a serious threat to the health of patients. For this reason, any side effects when using Inbec should be reported to your doctor.

The drug is not compatible with substances metabolized by alcohol dehydrogenase (retinoids, ethyl alcohol). Inbec is poorly combined with cytochrome P450 inducers, since activation of the latter leads to accelerated metabolism and elimination of active substances. Anticoagulant and antiplatelet therapy necessarily require dose adjustment, since Inbeck can cause clinically significant changes in blood clotting.

Despite the activity of the drug against HIV, patients should follow all recommendations to prevent infection of sexual partners, as well as the close environment.

In the case of simultaneous treatment of hepatitis B/C and HIV, therapy is selected taking into account the compatibility of specific medications.

Inbeck belongs to the category of "generics", since its development was carried out by a large pharmaceutical company, which sold a license to the Indian manufacturer Emcure. Numerous patient reviews prove that the low price combined with decent results of bioequivalence studies of this drug are the basis of choice. You can only buy a medicine with a doctor's prescription. 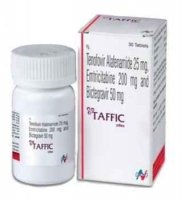 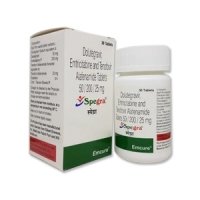 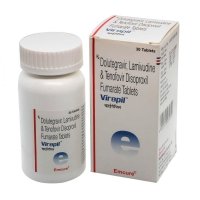